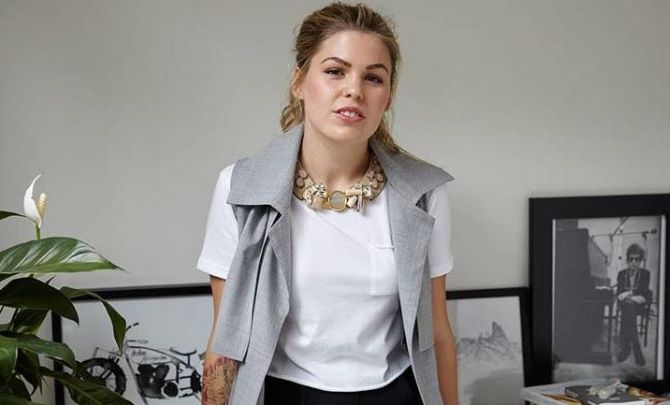 Belle Gibson is an Australian author and social media influencer.  She had amassed more than 300,000 followers on her Instagram.

She is known for The Whole Pantry app, which was voted Apple’s Best Food and Drink App of 2013.

Likewise, she published a book of the same name in October 2014. Within some months, the book and app had made $1 million in sales.

However, her claims turned to be fake now. She admitted that she lied about having cancer during the interview in late April 2015.

#YouShouldBeWatching #BadInfluencer
The shocking story of Belle Gibson, a wellness guru who shared her story of how she cured her terminal cancer… except she never had cancer. pic.twitter.com/ttubgEl1BE

Moreover, she has made fraudulent claims regarding her charitable donations. She is facing legal action against her.

The Federal Court of Australia has even proved that most of her claims were false. She faced more than a $1 million fine and other penalties.

Do Not Miss: Where Is Katyana Kass Now? Her Family Details & Update

Where Is Belle Gibson Now?

Belle Gibson is now away from the spotlight. She has been trying to keep a low profile after her lies were exposed.

Gibson appeared in a video in early 2020 claiming to be adopted by Melbourne’s Ethiopian community.

Who knows the truth, is she really living a low-key life?

In May 2021, Victoria’s Sheriff’s Office raided her house to try to recoup her unpaid fines.

Belle Gibson is 29 years of age and was born on 8 October 1991. Annabelle Natalie Gibson

She grew up with her family in Launceston, Tasmania. Her mother is Natalie Dal-Bello and she has a brother named Nick.

Gibson left her Brisbane family home at age 12 and started living with her friends. Moreover, she claimed that she had a difficult upbringing as she neglected by her now-estranged mother.

However, her mother has denied claims made by her, including the false claim that her brother was autistic.

Belle might be married to her partner Clive Rothwell. They have been together for over years.

Meanwhile, she has a nine-year-old son named Olivier Corbett. She gave birth to Olivier when she was 18 years old.