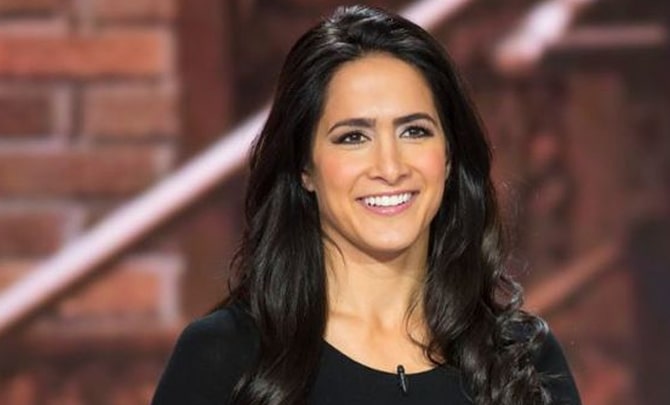 Lauren Shehadi, age 36, is an American sportscaster serving for the MLB Network and Turner Sports. She began her sports broadcasting career in 2007.

Lauren Shehadi was born on May 23, 1983, in Mclean, Virginia, the United States, as the daughter of her parents, Michael Shehadi and Mary Shehadi. As per her Twitter post, she also shares a sibling bond with her sister.

Lauren Shehadi pictured with her father on March 7, 2017 (Lauren’s Instagram)

For her early education, Lauren attended Langley High School. Later on, she graduated from the University of Florida. She has a Lebanese ethnicity and her birth sign is Gemini.

Furthermore, she was announced to be a sideline reporter for CBS and Turner’s March Madness coverage for the first time in 2020.

Despite her professional reputation, the famed sportscaster decided to keep her relationship life under the wraps. She is assumed to be single as of now as no past or present dating history of Lauren has surfaced on media sources.