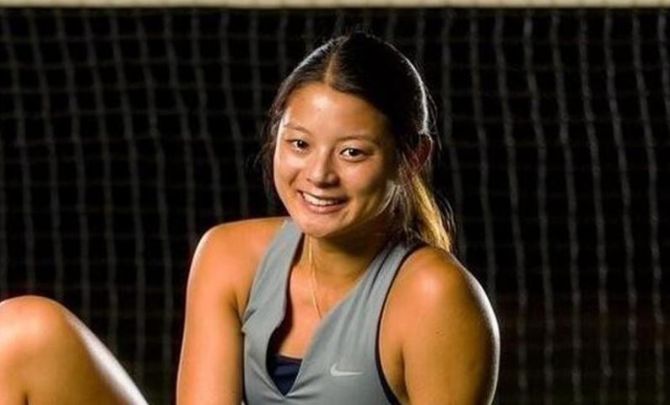 Arianne Hartono is a Dutch tennis player who now ranks world no.146 in the WTA doubles ranking. She reached a career-high ranking of no. 123 on 11 July 2022.

Hartono has won two singles and fifteen doubles titles on the ITF Circuit. Moreover, she made her Grand Slam debut at the 2022 Australian Open. She is now in her second grand slam competing in the 2023 Australian Open.

Besides, she played college tennis at the University of Mississippi from 2014 to 2018. As a senior, she won the 2018 NCAA Division I Women’s Tennis Championship. Likewise, she became the first Dutch player to win the championship.

Arianne was born on 21 April 1996 to her parents Lieke Hartono and Okki Hartono. Her birthplace is Meppel, a northeastern city in the Netherlands.

The athlete’s parents are from Indonesia and moved to the Netherlands in the 1990s. She comes from a tennis-loving family as her maternal uncle Deddy Tedjamukti and aunt Lukky Tedjamukti were professional tennis players.

Arianne Hartono poses in a family picture with her parents, brother, and sister-in-law. (Source: Instagram)

Hartono is the youngest in her family and has a brother named Adriaan Hartono. Adriaan is a pharmacist by profession who currently works at a biopharmaceutical company named Insmed Incorporated.

What Is Arianne Hartono Ethnicity?

Arianne belongs to a mixed ethnicity. She is of Indonesian and Chinese descent from her parent’s side.

Likewise, she is Dutch by nationality. She is fluent in Indonesian, Dutch, and English and also speaks Chinese.

Does Arianne Hartono Have A Boyfriend?

Hartono is enjoying her love life with her boyfriend as per her social media posts.

Arianne Hartono’s boyfriend was her tennis coach at the University of Mississippi. (Source: Instagram)

Arianne and her boyfriend have been together since her college days. Jason was a women’s tennis coach at the University of Mississippi.

Hartono with a height of 5 feet 6 inches was a ballet dancer during her school days. She took French and German classes in high school. Likewise, she studied psychology at the University of Mississippi.

In her spare time, she enjoys shopping, cooking, watching movies, and listening to music. Her favorite tennis players are Li Na and Roger Federer.