Mary Miller is an American politician and farmer who serves as the U.S. representative from Illinois’ 15th Congressional district. Besides, she is a member of the Republican Party.

As a congresswoman, Mary has also been a part of different controversies. For instance, she was criticized by the Washington Examiner for employing Bradley Graven in May 2022 to assist with her re-election campaign.

On the good part, Mary was the one to introduce anti-trans legislation, the Safety and Opportunity for Girls Act on 2 March 2021. It was a huge move in terms of LGBT rights.

Interesting For You: Martha Hancock Now: What Happened To Her Married Life?

Mary married her politician and farmer husband, Chris Miller, back in 1980. Chris is an American farmer and politician who represents the 110th district in the Illinois House of Representatives.

Her husband was born Chris G. Miller on 15 June 1954 in Oakland, Illinois, the United States. Marry and her partner owns a farm in Oakland, near Charleston, where they grow grain and raise cattle. Besides, they are also members of Oakland Christian Church.

Mary and her husband welcomed 7 children following their nuptial bond. As of now, they are grandparents to 19 grandchildren. She often mentions her husband on her Instagram posts.

The politician was born Mary E. Meyer in 1959 in Oak Park, Illinois, the United States. Mary is now 62 years of age and she blows her birthday candles on 27 August every year. With American nationality, Mary holds white ethnicity.

Talking about her family, Mary is the daughter of her parents, Harvey Meyer and Annette (Jesh) Meyer. She completed her high school education at Naperville Central High School in Naperville, Illinois.

Following that, Mary earned a Bachelor of Science degree in Business Management at Eastern Illinois University. She also did some graduate coursework in education at the same university; however, she didn’t complete a graduate degree.

Read Also: Who Is Kimberly Klacik Married To? Her Husband & Family Life

Mary Miller Career and Net Worth

Mary initially announced her candidacy to represent Illinois’ 15th congressional district in the U.S. House of Representatives in the 2020 elections. Eventually, she won the Republican Party nomination and won the general election with over 70% of the vote. 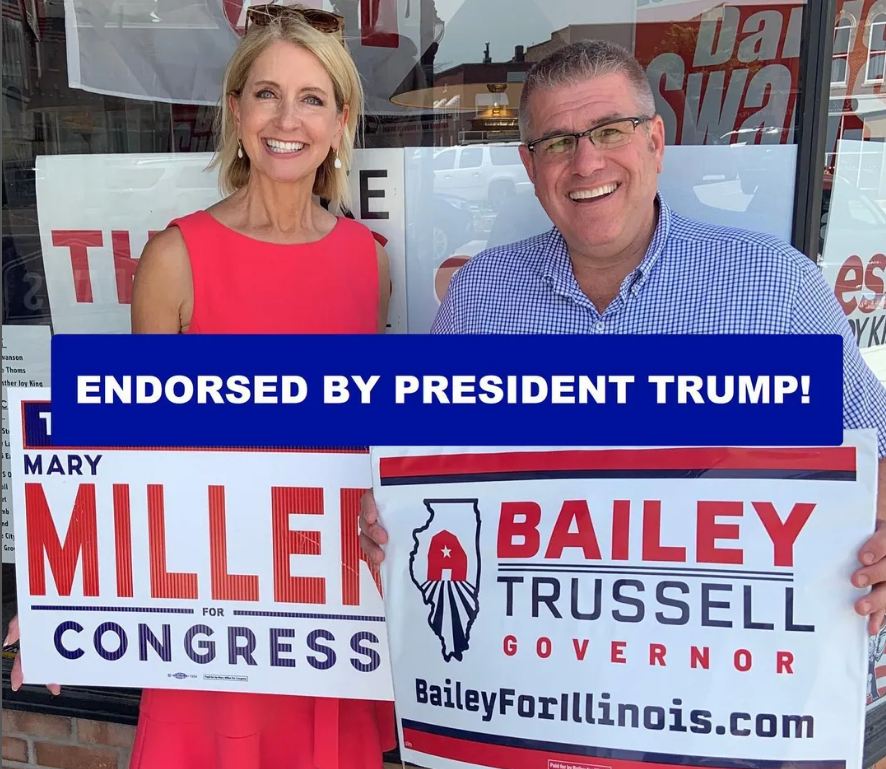 In her tenure, Mary has done some recognizable work. For instance, she was one of 49 House Republicans to vote to repeal the AUMF against Iraq in June 2021.

As a successful farmer and politician, Mary manages a commanding net worth in excess of $1.5 million.