Tina Daheley is a journalist, newsreader, and presenter currently working for the BBC. She appears both on television and radio platforms.

The multitalented lady presents the BBC News at Ten and BBC News at Six on television. Moreover, she reads news on The Radio 2 Breakfast Show alongside Zoe Ball.  She also hosts The Cultural Frontline, a weekly global arts program on the BBC World Service.

Daheley joined the BBC in 2007 and has presented and covered various shows and events so far. She has covered women’s football and hosted the Women’s Football World Cup in Canada in 2015.

Similarly, she was at the forefront of the BBC’s coverage of major national television events. Her wide coverage includes news and current affairs, sport, and the arts.

Tina Daheley Husband: Is She Married?

Daheley is currently unmarried and does not have a husband. However, she is off the market.

The journalist is currently enjoying a romantic life with her longtime boyfriend Kane William-Smith. The duo has been together for more than a decade. 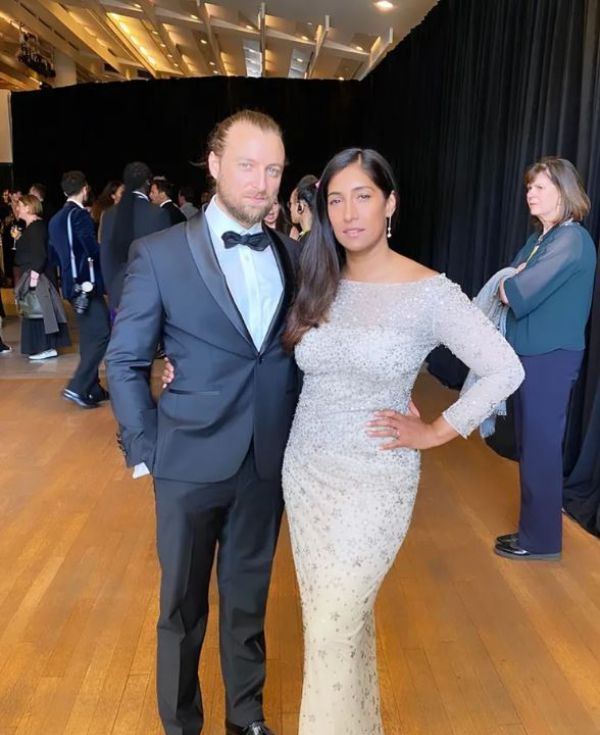 Tina Daheley with her partner at BAFTA Television Awards in May 2022. (Source: Instagram)

Tina and her boyfriend Kane began their relationship after their first meeting in Ibiza in 2012.  The couple got engaged after six years of dating on January 7, 2018.

Kane is the founder of comedy ticket-selling site JokePit The Comedy Box Office.

Daheley is yet to reveal her wedding plans with her partner. Meanwhile, the pair is parenting a baby from their relationship.

The couple welcomed a baby daughter back in April 2021. However, Tina is yet to reveal her baby name in public.

Daheley was born to Sikh parents Parminder Daheley and Charanjit Daheley. She has a sister named Kiran Daheley and a brother named Aman Singh Dahele.

The journalist spent her early life with her parents and siblings in Nairobi and Tanzania.

Tina belongs to the British Asian ethnicity. She is the daughter of first-generation Asian immigrant parents. Her parents are Indian and came to the United Kingdom from East Africa in the 1970s.

Born on 16 April 1981, Daheley is 41 years of age now. Her birthplace is in Perivale, West London, United Kingdom.

The 41-year-old attended The Ellen Wilkinson School for Girls in Ealing. Likewise, she earned a Master’s degree in journalism at the University of Leeds.