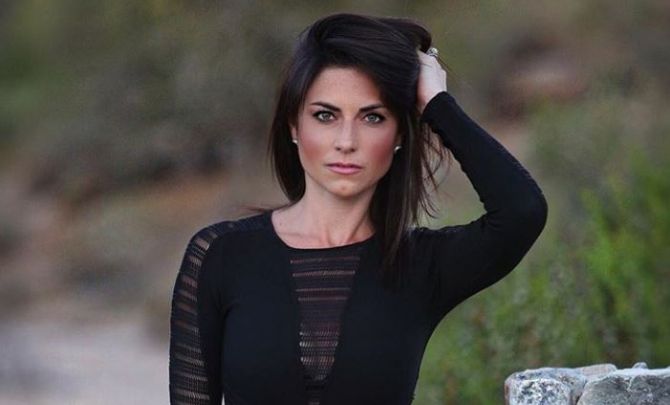 American sports reporter Jenny Dell serves as an NFL reporter for CBS Sports. She joined the network in 2014 as a sideline reporter for THE NFL ON CBS.

Jennifer Sheryl Dell was born on July 26, 1986, in Southbury, Connecticut, United States. Her birth sign is Leo. Her parents are from Brooklyn, New York, where she was raised along with her sister Shari Dell. During her early age, she used to watch sports with her father, who is a Brooklyn Dodgers fan. Jenny attended Pomperaug High School in Southbury, Connecticut. She then went to the Isenberg School of Management of the University of Massachusetts Amherst. There, she earned her degree in Hospitality and Tourism Management in 2007.

Jenny began her career from ESPN in 2008. There, she was involved in event production and also worked as an on-air talent.

After working for four years, she joined New England Sports Network (NESN) in February 2012. Dell worked as a sideline reporter, covering the MLB team, the Boston Red Sox for two years. She was a fill-in reporter/anchor on “NESN Sports Today.” In August 2014, she joined CBS Sports as a sideline reporter for THE NFL ON CBS. Currently, she serves as an NFL reporter for the network.

Jenny Dell is an NFL reporter for CBS Sports (YouTube)

The reporter is likely to earn a six-figure salary from the CBS network. However, she has not revealed her earnings and net worth.

Jenny is now married to Will Middlebrooks. Will was a professional baseball third baseman, who played for the NFL team, the Philadelphia Phillies before his retirement in January 2019. He is now the baseball analyst at CBS Sports HQ.

The duo started dating in late 2012, while she was covering MLB at NESN. They became engaged in July 2014. After a year and a half of their engagement, they tied the wedding knot on the occasion of Valentines’ Day 2016.  They have two daughters; Madison Dell Middlebrooks, born on October 10, 2018, and Makenzie Grey Middlebrooks, born in December 2019.